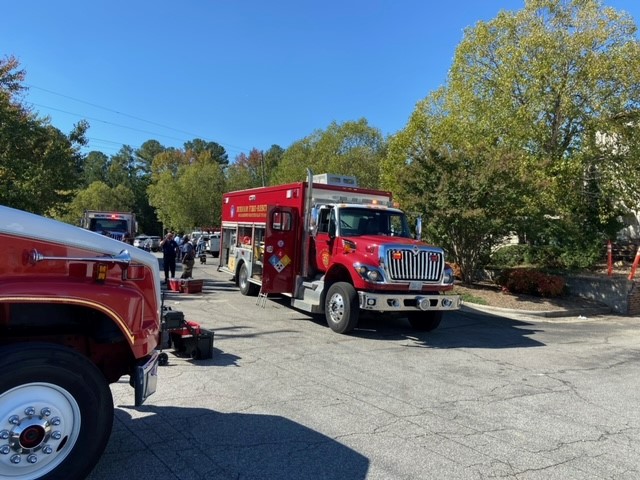 DURHAM, NC (WNCN) – Two people were sent to the hospital Friday morning after being exposed to dangerous chemicals, according to the city of Durham.

At 10.40am, firefighters said they responded to an automatic fire alarm at a business in the 600 block of Ellis Road. Upon arrival, the units found a commercial structure with nothing visible.

They were greeted by employees who advised that chemicals had been mixed and a yellowish colored cloud had formed over the 55 gallon drum. Both employees had inhaled the fumes and were experiencing breathing difficulties, the statement said.

The appeal was upgraded to a hazardous materials appeal. The business was evacuated and after precautions were taken, the fire department Haz-Mat crew entered the workspace, the department said.

The drum was closed and the space ventilated. Crews used meters and took barrel temperatures to ensure the building was safe for reoccupation.

At 12:30 p.m., the building was declared safe and returned to the company, according to the City of Durham.

By early Friday afternoon, the two exposed employees had improved to stable condition and were being observed. They were to be released shortly after a period of observation.