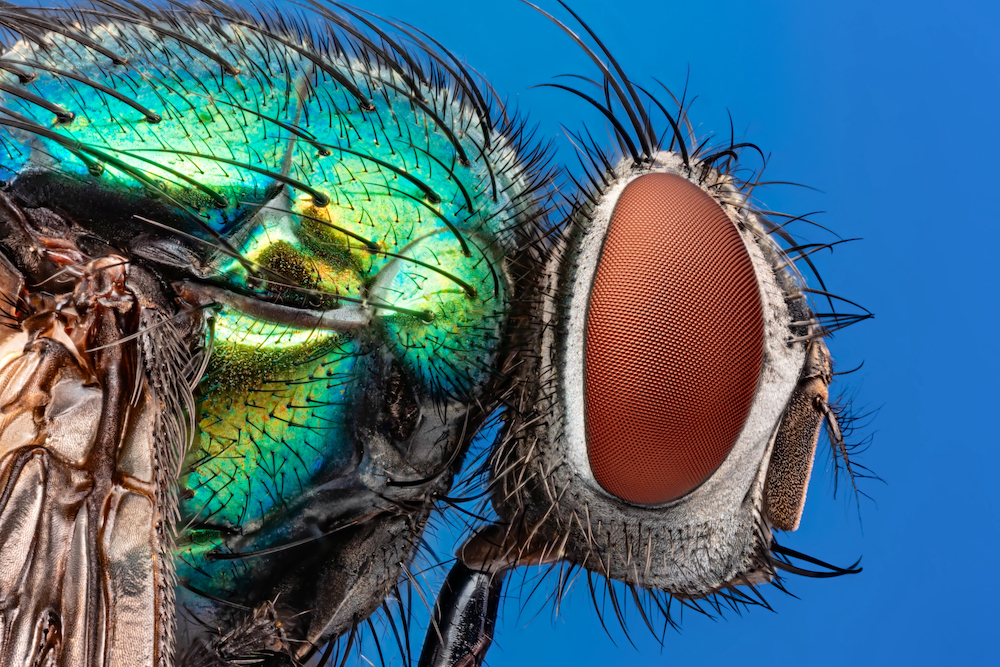 Blow flies can detect the presence of chemical weapons

It started with animal feces and ended with the detection of chemical weapons agents. It might seem like an unusual trajectory for a line of research, but sucking up contaminants, whether biological or synthetic, is part of a day’s work for the humble flesh fly.

Scientists began by looking for a new way to track the distribution of animal populations in nature. Classically, this is done by capturing and tagging animals to get a broader population representation, but that doesn’t always work, particularly if a species is endangered or otherwise hard to find. Blow flies, on the other hand, are easy to find. They are everywhere and capturing them only requires setting rotting meat traps. The idea was to catch blowflies and examine what they had eaten. If a fly ate a bear’s feces, for example, you have good evidence that bears are in the area without having to catch and tag them.

Faeces contain chemicals that are the breakdown products of hemoglobin; this is what gives it its brown color. These are the chemicals that the researchers were looking for inside blowflies. Once it was proven that individual chemical compounds could be extracted from the gut of blowflies, it was a small jump to wonder what other chemicals they might be storing. That’s when DARPA stepped in to find out if the flies could be used to identify the presence of chemical weapons.

The resulting study, by Nick Manicke of Indiana University’s Department of Chemistry and Chemical Biology at Purdue University in Indianapolis, and colleagues, was published in the journal Environmental Sciences and Technology.

“The question was whether we could detect chemical agents like nerve agents if the flies had been around a water sample or carrion containing these molecules,” Manicke told SYFY WIRE.

There were a few big hurdles to studying how flies interact with and take up nerve agents from the environment. Direct exposure to nerve agents is likely to kill the flies, which means they will not show up at the traps to be examined. Also, access to nerve agents is tightly controlled and the researchers didn’t have permission to work with them, so they had to be ingenious. Luckily, the chemistry is messy and that worked to the team’s advantage.

When chemicals are synthesized, there are inevitably unwanted side reactions that produce by-products. These byproducts may be less deadly, but still indicate that someone is up to something nasty. Moreover, chemical agents begin to degrade into other compounds once they come into contact with the environment. If you can’t search for nerve agents directly, searching for the chemicals they’re hanging out with is the best thing to do.

“We took these chemicals, diluted them in water and gave them to the flies on tissue paper. Then we measured them using mass spectrometry, which works well for detecting things at low concentrations against a complicated background,” Manicke said.

That’s important because a blowfly is a complicated organism, at least compared to the specific chemicals the scientists were targeting. Passing them through a spectrometer reveals all the compounds that make up their bodies and everything they ate or drank. Then the machine has to analyze that data to find what you’re looking for, but that’s what spectrometers are good at.

Hunting for chemicals synthesized in the environment using flies has many of the same advantages as using them to identify the presence of animal populations in the wild. Namely, stealth.

“The idea is that if you have remote areas or areas where access is restricted, or places where we want to collect samples secretly, we could attract flies and see if they contain any of these molecules,” Manicke said.

Spying on the production of chemical weapons is an inherently dangerous business, but it’s much easier to be a fly on the wall when you’re a literal fly.