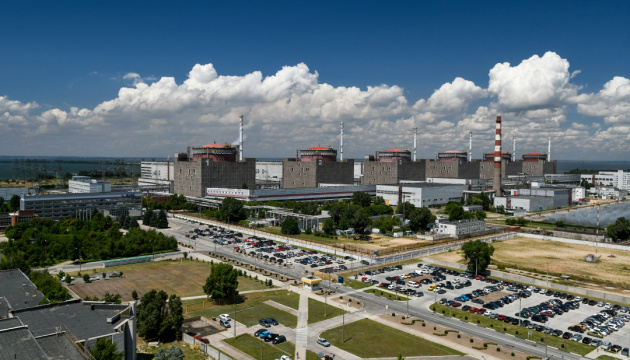 Energoatom delivers most of the spare parts, chemicals and diesel fuel needed by ZNPP

A column consisting of 25 trucks from the National Nuclear Power Company Energoatom of Ukraine reached the temporarily occupied town of Enerhodar and delivered the most needed spare parts, chemical agents and diesel fuel to the power plant nuclear Zaporizhzhia (NPP).

The relevant statement was made by the Ukrainian nuclear power generation company Energoatom on Telegram, reports a correspondent of Ukrinform.

“On September 16, 2022, a column consisting of 25 trucks of the National Company of Nuclear Power Generation Energoatom of Ukraine, after passing enemy checkpoints, reached Enerhodar. The company delivered the most needed spare parts to repair damaged power transmission lines and generator sets at the Zaporizhzhia nuclear power plant, which continues to be terrorized by Russian occupiers,” the report said.

According to Energoatom, the emergency supply of chemical agents necessary for the operation of the Zaporizhzhia nuclear power plant has been restored. More importantly, additional fuel was delivered to ensure the operation of the diesel generators in the event of a power failure.

Despite the danger and difficulties, the goods were delivered by Energoatom drivers, namely those from Khmelnytskyi NPP and Rivne NPP.

A reminder that Russian troops seized the Zaporizhzhia nuclear power plant on March 4, 2022. Since then, Russian invaders have deployed military equipment and ammunition at the plant site, as well as shelling the adjacent area.