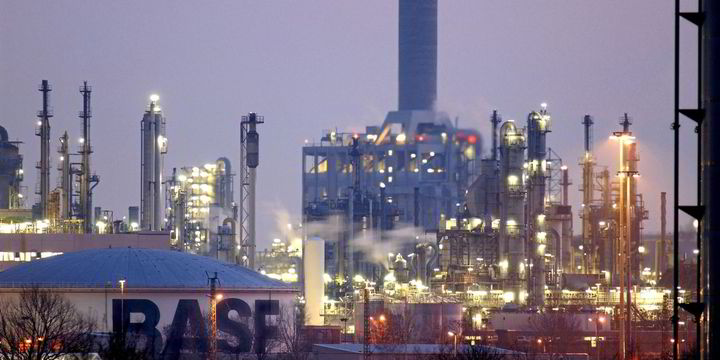 Chemical conglomerate BASF is to receive a lump sum of 134 million euros ($132.7 million) from the German government to build a green hydrogen project in the country, after the European Commission (EC) approved the grant under its state aid exemption rules.

The 54 MW proton exchange membrane (PEM) electrolyser at BASF’s headquarters in Ludwigshafen, scheduled to be commissioned by 2025, will produce 5,000 tonnes of green hydrogen per year as well as 40,000 tonnes of oxygen, mainly intended for the chemical activity of BASF.

These volumes will only represent a very small proportion of BASF’s total hydrogen demand, but the company says Reload he hopes to use the electrolyser project as a learning tool as part of a broader decarbonization push.

“With this plant, we want to gain experience with this technology in combination with industrial chemical production,” said a BASF spokesperson. “Green hydrogen, combined with the use of renewable energies, new2 production process, renewable raw materials and closed material cycles, is another building block that can help BASF achieve its long-term climate goals.

The company currently produces around 250,000 tonnes of hydrogen at its Ludwigshafen site, either from uninterrupted fossil gas or as a by-product of its other chemical processes. In total, BASF consumes around one million tonnes of hydrogen per year across all of its global sites, again almost all “grey” hydrogen of fossil origin, using it to produce ammonia, methanol and polymer-based materials such as plastics.

BASF, which is working on the electrolyser project in partnership with Siemens Energy, declined to comment on the total capital expenditure for the project, noting only that the German government grant made it “possible”.

The article continues below the ad

Siemens Energy will supply the PEM technology for the project, Reload understand.

Green hydrogen volumes not used for chemical production in Ludwigshafen will be delivered elsewhere to promote the use of H2 in transport applications, the EU said, although it is unclear whether BASF will be directly involved in this area.

Executive Vice-President Margrethe Vestager, who is in charge of competition policy and signed the exemption from EU state aid rules, said the EC took the decision because it would help Germany replace fossil-based hydrogen in a sector that is difficult to decarbonise. .

“This measure of 134 million euros allows Germany to help BASF to strengthen its production capacities of renewable hydrogen, thus contributing to the greening of the chemical value chain and the transport sector”, a-t- she stated.

In addition to green hydrogen, BASF has also conducted work on the pyrolysis of methane, so-called “turquoise” hydrogen, a process that uses high temperature heat in the absence of air to produce hydrogen and solid carbon from methane.

Funded by the German government, BASF and its partners have built and are now operating a test project in Ludwigshafen that uses pyrolysis to produce hydrogen from biomethane. According to BASF, the process uses around 80% less electricity than water electrolysis and is “virtually” carbon dioxide-free when powered by renewable energy.

Solid carbon, or “carbon black”, is a product used in tire production and as a pigment, among other chemical applications, but critics have questioned whether the market will be large enough to absorb carbon black from production generalized hydrogen turquoise.