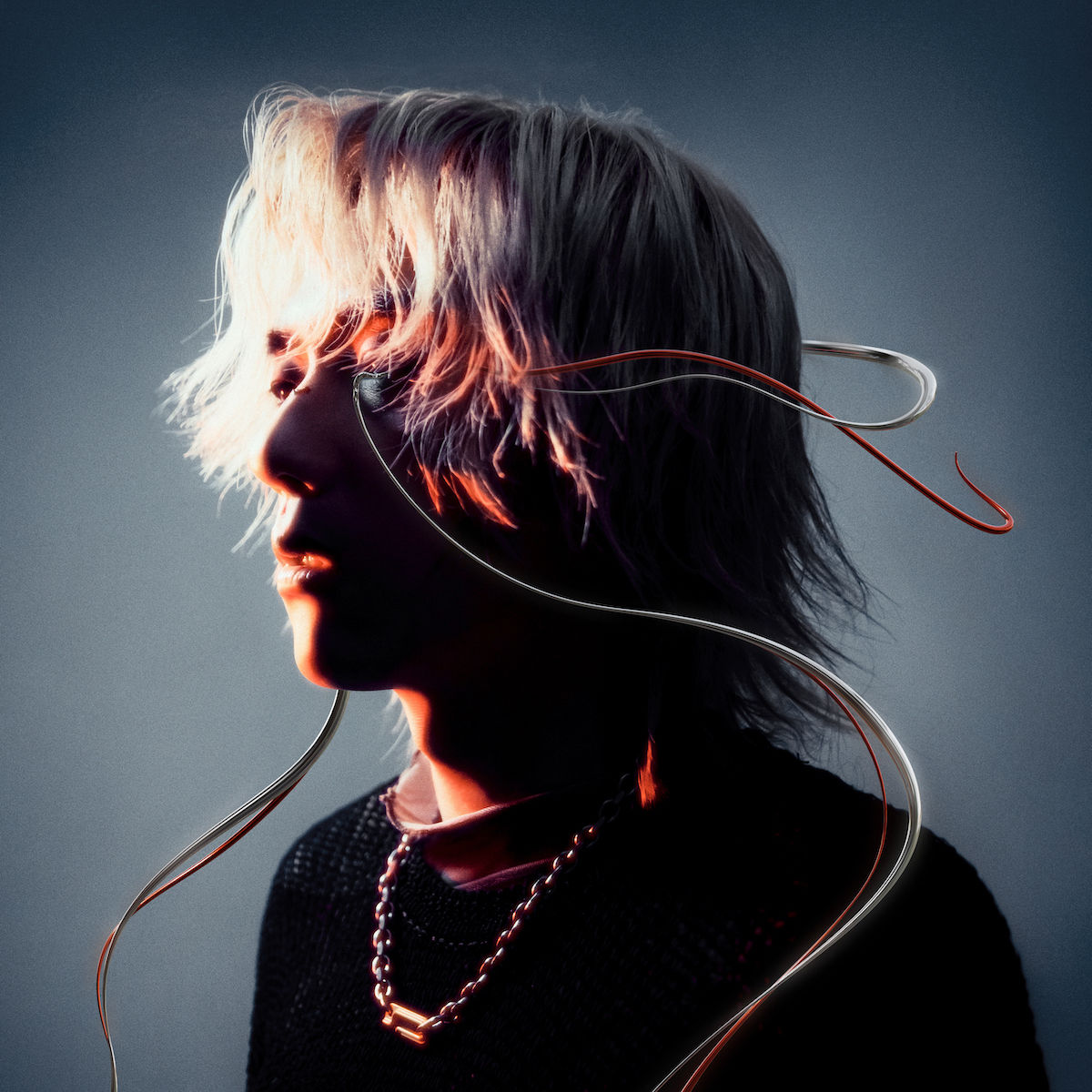 Lester Chong on his new album “ZiNG!” and love my chemical romance

At 30, Lester Chong is no newcomer to the music industry. After leaving Sony Music, who he signed to in 2013, the Hong Kong-born and raised artist has continued to make waves as a truly independent independent musician. It’s been a long time coming, but this year Chong finally released her first full album. He sits down with us to talk about his endless love for My Chemical Romance and how the ACG community has shaped him as a musician.

With chin-length platinum blonde hair and an anime-inspired cut, Lester Chong looks slightly out of place in generic Hong Kong. Add some CGI graphics, and now it looks like it just came out of a video game. This is exactly the vibe he feels with the release of his first solo album, ZING!.

Two years of preparation, Chong describes ZING! as a “lifetime effort”. The nine tracks on the album collectively tell the story of a character called “Lester Chong”, who enters the virtual world and experiences a period of life on Earth. While on the planet, the protagonist addresses everyday issues such as friendship, loss, and waking up, which he sings about.

Working on the new album, Chong focused on his own sound and style and discovered the true meaning of making music. “Creating music is more than just being able to carry a beat or have a great voice,” he shares. “It’s about the intentions behind every song, and success in this industry is not measured by money and fame, but by assertiveness.”

When and how did your interest in music start?

As a kid, I loved watching anime on TV every day after school. Back then – the good old days, I call them – every Japanese anime had its own Cantonese theme song. I loved singing along to those songs, and I suspect they’re the reason my interest in music started. My favorite is the opening theme of Digimon Frontier.

Did you grow up around music? Is it common in your family?

My love for music certainly does not come from my parents, since they divorced when I was 13 and were never very present. My sister was the only one who was always by my side, and she eventually became my first listener. But maybe due to my family background, I spent my time focusing on video games and anime, which inspired me with their artistic and musical styles. I also loved listening to different kinds of music, especially rock/punk/emo back then.

When did you realize you were a musician? Can you identify a formative moment when you realized you were good?

I was never confident, and I wouldn’t say I was a particularly good singer growing up. I just knew I liked to sing, so I did. Fast forward to high school, when my friends and I went to karaoke every weekend. For once in my life, I had an audience that wasn’t my sister (yay!). My friends told me that I could sing well, so I started participating in various singing concerts and got first place in the Hennessy Artistry competition. Shortly after, I met my trainer Jeffrey and it all went from there.

To this day, I never really thought, “Oh wow, I’m such a good musician/artist!” I’m not even trying to be humble here, I’m just doing what I love to do, which is singing and sharing stories through music. I’m lucky because I have so much love and support from my fans, and I’m very grateful for that.

How have different cultural influences in your life shaped you as a musician?

When I look back on my life, there are two musical subcultures that have influenced me the most: rock music and ACG (Animes, Comics, Games).

The first album I bought and my first concert were both by Avril Lavigne. My other favorites were My Chemical Romance and Sum 41. You can see how their energetic music represented my teenage self: fearless, always hanging out with friends, getting drunk and venturing into the world of video game.

I didn’t recognize myself as a rock music fan when I was a kid, because growing up in Hong Kong, music lessons in school were, well, a joke. No one taught us the different genres of music. But I soon realized that the songs I liked usually had touches of band elements.

And as I mentioned, as a teenager I also spent a lot of time watching cartoons, reading comics, and playing video games – basically getting interested in the virtual world. To be, they are just different art forms. The creator creates worlds that we can experience, feel, enjoy.

ACG showed me the possibilities in different worlds; they gave me the key to storytelling. When I was writing my album, I referenced my favorite legendary bands to see how they told a story. I have also referenced many of ACG’s works that have impressed me over the years. You can see them in my song “Portal Gun”.

What was the first song you each learned by heart?

“The Beginning” by ONE OK ROCK. I felt lost and hopeless before releasing my first single…until I heard The Beginning, which inspired me and kind of brought me back to life. I didn’t understand Japanese, so I skimmed through and translated the lyrics, trying to figure out the meaning of the song word by word.

What is the first track we should listen to that best defines your sound?

It would be “裂” in my last album. This is the first song where I tried a different vocal tone – changing my voice to find the middle ground between a normal pitch and screaming. Adding compression and distortion through different vocal techniques to create emotional expression has been very satisfying for me.

What song, album or performance had a really big and lasting impact on you, both personally and as an artist?

It would be The Black Parade is dead! by My Chemical Romance.

As I worked on my music, I discovered that it wasn’t just about singing well, it was about sending a message. You have to combine everything to make it whole. Hongkongers are too focused on singing or lyrics. But I prefer to just clear my mind to feel the music, feel the energy, just dive into the zone where the musicians are creating. That’s what I learned from MCR’s second live album.

Who is your favorite musician/artist and why?

If you haven’t guessed it yet, it’s My Chemical Romance. They inspire me in regards to my singing, my performances and of course my life. I really feel their soul through their music.

What does music, or being a musician, mean to you?

Being a musician is more than just gaining knowledge and understanding different musical genres and songs. My work gives me the opportunity to discover different cultures and their history. When I listen to different songs, I get a glimpse into the minds of the artists. I feel like I’m reading a book into their innermost thoughts about what they’ve been through.

I guess what I mean is this – music opens my mind and leads me to have a better understanding of the world. I am so grateful to have chosen this path.

What is your creative process?

I always think about the message I want to express first. Usually I already have a topic I want to talk about and an image I want to present. With this in mind, I will play with different types of instruments or melodies to match the emotions I am trying to portray. After that, I’ll sit down and do some writing, which is the last step that helps me dive deeper into the song.

What’s your favorite lyric, ever?

These lyrics allude to the proverb “every man for himself”. No one can truly fully understand you, not even your loved ones. Simply put, it takes courage to face reality. And this song gives me the strength to carry on and to carry on living.

What are your most listened to personal tracks on Spotify?

Recently, it’s my own album. I was afraid to listen to my own songs but after the release of ZING!I learned to enjoy my job.

What is the most difficult challenge you have had to overcome in your career?

The challenge has always been not to give up. In 2013, I signed with a music company but went for years without releasing new songs. It was a tough time, stuck in limbo, and I found myself wondering if I should give up and find a normal job. But now, looking back, I realize that those struggles made me stronger and allowed me to become who I am today.

How has your music changed and evolved over the years since your debut?

At the beginning, I only wanted to sing and I didn’t think of writing or creating music. But as I grew up a little, I gained a deeper understanding of myself and life. I realized I had stories to share, so I started writing songs.

And after? What are you working on?

Right now I want to be able to host my own show and meet my fans in person. Hoping Covid goes away!