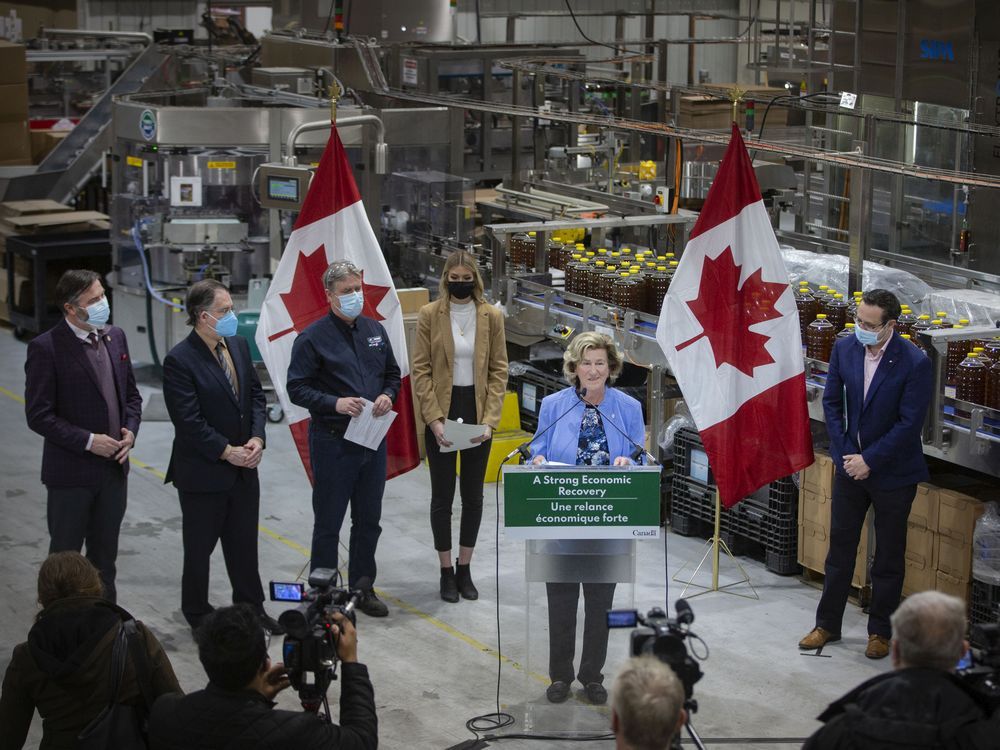 But to date, Dimachem has hired 27 new people and significantly expanded its manufacturing capabilities for a contract with Clorox Canada manufacturing and packaging Pine-Sol in Windsor.

Helena Jaczek, minister responsible for the Federal Economic Development Agency for Southern Ontario, was in Windsor on Thursday to tout the announcement that supported Dimachem’s expansion into the production of approximately 10 million bottles of Pine- Ground per year.

There’s so much momentum in Windsor Essex right now

Jaczek also announced $2 million in funding for area community projects during an appearance at the John R. Park Homestead on Thursday afternoon.

“It’s critical that manufacturers across the country have the tools or support they need to grow, create new jobs and seize opportunities to produce Canadian-made products that grow our economy,” said Jaczek.

The Ontario government announced investments of approximately $850,000 for the project last year.

“There’s so much momentum in Windsor Essex right now,” Kusmierczyk said. “In one year, you saw a company that was supposed to have 14 new jobs. Thanks to this partnership with the federal government, they have already doubled due to demand.

“We are entering a period that will be the brightest we have seen in this community in a very, very long time.”

Dimachem, an employee-owned company celebrating its 50th anniversary this year, supplies chemicals for the automotive, hospitality and agricultural industries. The company has also partnered with Hiram Walker to produce hand sanitizer during the COVID-19 pandemic.

In this expanded contract with Clorox, Conway said it purchased a host of new equipment, including machines to make and cap bottles on site. The production increase included a 20,000 square foot expansion of Dimachem’s facilities, a government press release noted.

Currently producing about six truckloads of Pine-Sol a day, Conway said they expect that will soon increase to ten truckloads a day with the addition of a third shift.

The Essex Region Conservation Authority will receive $940,000 for three projects, including the addition of an elevator to the John R. Park Homestead. The City of Windsor, Downtown Windsor BIA, Nature Conservancy of Canada and the Canadian Transportation Museum and Heritage Village have also received funding for the project.

Sign up to receive daily news from The Windsor Star, a division of Postmedia Network Inc.

Thank you for your registration!

A welcome email is on its way. If you don’t see it, please check your spam folder.

The next issue of Windsor Star Headline News will soon be in your inbox.

We encountered a problem during your registration. Try Again