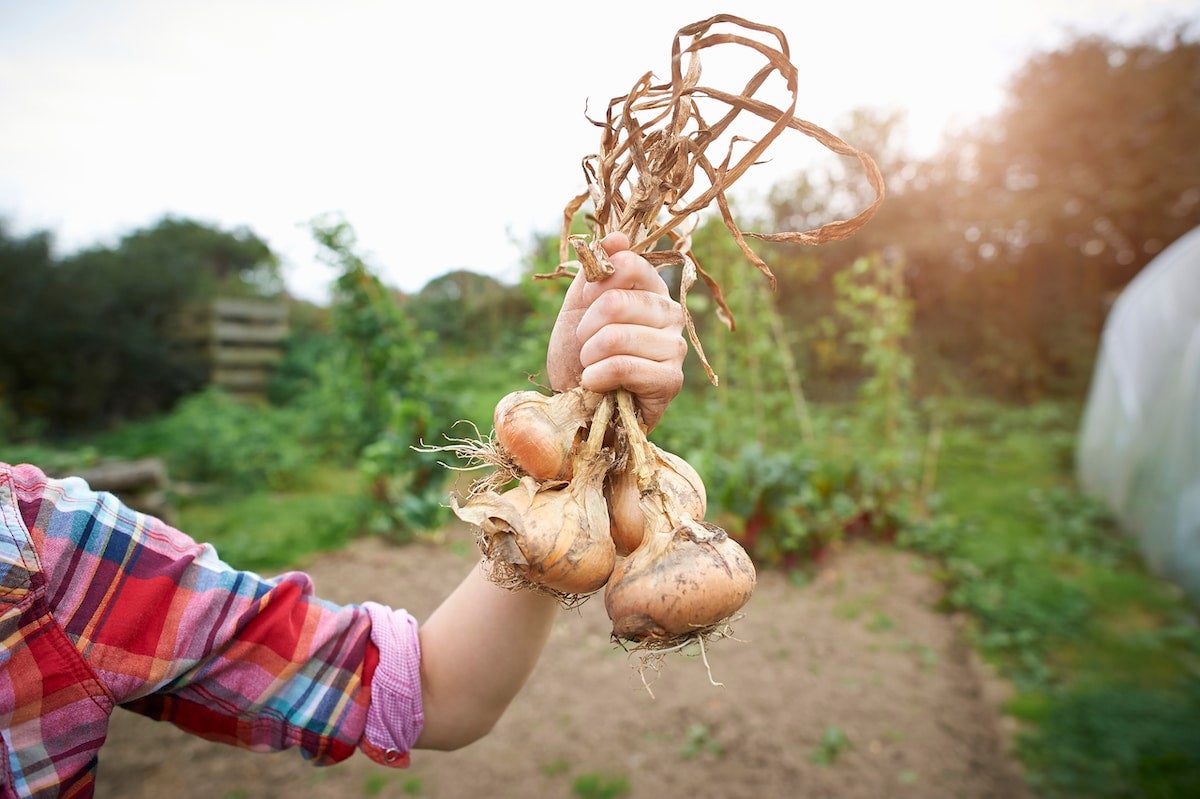 Used in cuisines around the world, onions are known for their sweet and salty flavor or strong and pungent flavor that enhances dishes ranging from casseroles to curries. American consumers eat a lot of onions – this vegetable trails only potatoes, tomatoes and sweet corn in popularity, according to the Cornell Chronicle.

Bulb onions can be grown in almost any region of the country, Cornell AgriTech entomology professor Brian A. Nault told EcoWatch in an email.

Nault is lead author of a new study, “Impact of Reducing Synthetic Chemical Inputs on Pest and Disease Management in Commercial Onion Production Systems,” published in the journal Agronomy.

Nault told EcoWatch that most bulb onions produced in America are grown in Washington, Oregon, California and eastern Idaho. On the East Coast, onion production is concentrated in New York and Georgia.

They may be easy to grow, but onions are also susceptible to common insects that enjoy them as much as we do.

“As onion leaves develop, they can be found by tiny onion thrips, which suck sap from onion leaves. These are hard to see as they hide in the creases and necks of leaves,” Bonnie Plants warned.

In addition to consuming onion plants, thrips carry a virus that has the ability to kill onions and spread bacteria that cause bulb rot, the Cornell Chronicle reported.

According to SFGATE, natural methods – such as spraying plants with water, surrounding plants with mulch, planting crops like vegetables, herbs and flowers around onions or using a nitrogen-based fertilizers – can be used to deter thrips.

Nault told EcoWatch that the natural methods he and his team tested were not found to be as effective as synthetic chemicals in reducing the number of onion thrips populations.

“Members of my research program and I investigated many natural alternatives to synthetic pesticides for the control of onion thrips in onion that might be easier on the environment. Unfortunately, none proved as effective as some [of] the best synthetic pesticides with the exception of spinosad (Entrust SC), which is an OMRI listed product that can be used in the production of organic onions. We evaluated reflective mulch, straw mulch, bred onions for thrips suppression and natural biological control. In a few cases we have seen slight reductions in onion thrips densities using these alternative practices, but in most cases they have either failed or been inconsistent,” Nault said.

The study found that when farmers used “action thresholds”⁠—the level of a crop pest’s density at which the population must be controlled in order to maintain it at a level that does not cause economic loss ⁠—and applied insecticides 2.3 fewer times to control onion thrips; onion bulb size and yields were maintained, the Cornell Chronicle reported.

After three years of field trials, researchers found that it was possible to use 50-100% less fertilizer without reducing crop yields.

“The plots without fertilizer had no difference [compared to plots with full and half amounts]said Max Torrey, whose 12th-generation family farm in Elba, New York, was one of the trial sites for the study, the Cornell Chronicle reported. “People were skeptical, but this evidence gives us a lot more confidence in what to use.”

Almost all of New York’s 7,000 acres of dry bulb onions are grown in the fertile “mud soil” of drained swamps. The climate of Western New York demands rigorous cultivation for growing onions, and farmers use a lot of synthetic chemicals like pesticides and fertilizers on their onion crops.

“Black soil is an excellent type of soil for growing onions. However, there are other types of soils that are also very good for growing onions (eg sandier soils). For example, most onions grown in the western United States are not grown on muck soils,” Nault told EcoWatch. “[M]It takes a lot less synthetic fertilizer to grow onions in black soil, but eliminating fertilizers altogether probably won’t be the long-term solution.

Although New York onion growers have a geographic advantage by being close to major East Coast markets, demand, growing conditions, pests and diseases affect their profits each year, the Cornell Chronicle reported. .

“[T]it uses synthetic chemicals [is] still necessary for most New York onion growers to produce a profitable onion crop. This is especially true for large-scale commercial production of bulb onions, as they are grown in large monocultures and there are many weeds, insects and diseases that negatively affect the onion,” Nault told EcoWatch.

In order to maintain the effectiveness of the insecticides still in use, Nault adjusted the action thresholds so that New York onion growers could only spray when needed, while remaining profitable.

“By reducing the frequency of insecticide applications in general and reducing the use of each insecticide in particular, the development of resistance in thrips populations should be mitigated. Essentially, the goal is to minimize the likelihood that an onion thrips will mutate, giving it the ability to resist a particular insecticidal active ingredient,” Nault told EcoWatch. “Let me use a baseball analogy. If a pitcher only throws fastballs to a batter, that batter will eventually learn to hit a fastball. However, if you throw fastballs, sliders, switches, splitters, etc. and you mix them up when you throw to the batter, the batter will have a much lower chance of hitting one of the balls. And if you never throw the ball, the batter can’t hit it!

Insecticide resistance is so widespread that it prompts farmers to use action thresholds in their crop management practices.

“The primary reason farmers give for using action thresholds is to mitigate the development of insecticide resistance,” Nault said in the Cornell Chronicle. “The next new quality chemical tool may not arrive until 2025. They can’t afford to lose this one.”

Nault discovered studies showing that using less fertilizer had the potential to reduce pest numbers in some crops and decided to add this factor to the study trials.

Nault and the onion growers involved in the study found that the amount of fertilizer applied to an onion at planting time did not matter. Thrips number, onion bulb size, bulb rot and overall yield were not affected.

“We didn’t expect this, but it has an even bigger potential impact,” Nault said, as reported by the Cornell Chronicle. “Reducing fertilizer use in commercial agriculture benefits the environment for many reasons, especially water and soil health.”

Each year, $420,000 in pesticide costs could be saved by New York onion growers if they used action thresholds, Nault said. Nault has seen a number of onion growers reduce their fertilizer use by 25-50%, instead of applying a standard amount to each field.

“[T]The most effective product sequence was associated with the use of action thresholds to optimize the control of onion thrips. Rather than spraying insecticides weekly on onions, onion growers drastically reduced the number of applications,” Nault told EcoWatch.

“Reducing the use of synthetic pesticides can benefit the environment by preserving non-target organisms. Examples may include beneficial insects that feed on harmful insects that live above or below ground. In some cases, a reduction in pesticide use can improve soil health by keeping microorganisms and arthropod fauna in the soil. Other benefits could include reducing pesticide runoff into water systems that could be detrimental to aquatic organisms,” Nault said.

Torrey explained that while taking soil samples and looking for thrips is more labor intensive, he expects to save at least $100 per acre in the cost of synthetic chemicals on 2,200 acres of thrips crops. onions, not to mention the benefits it has for the environment, reports the Cornell Chronicle.

“Mud is our livelihood and our future,” Torrey said in the Cornell Chronicle. “We have to take care of it. We finally have a proven way to cut costs and make New York’s onion growers even more competitive and sustainable. »