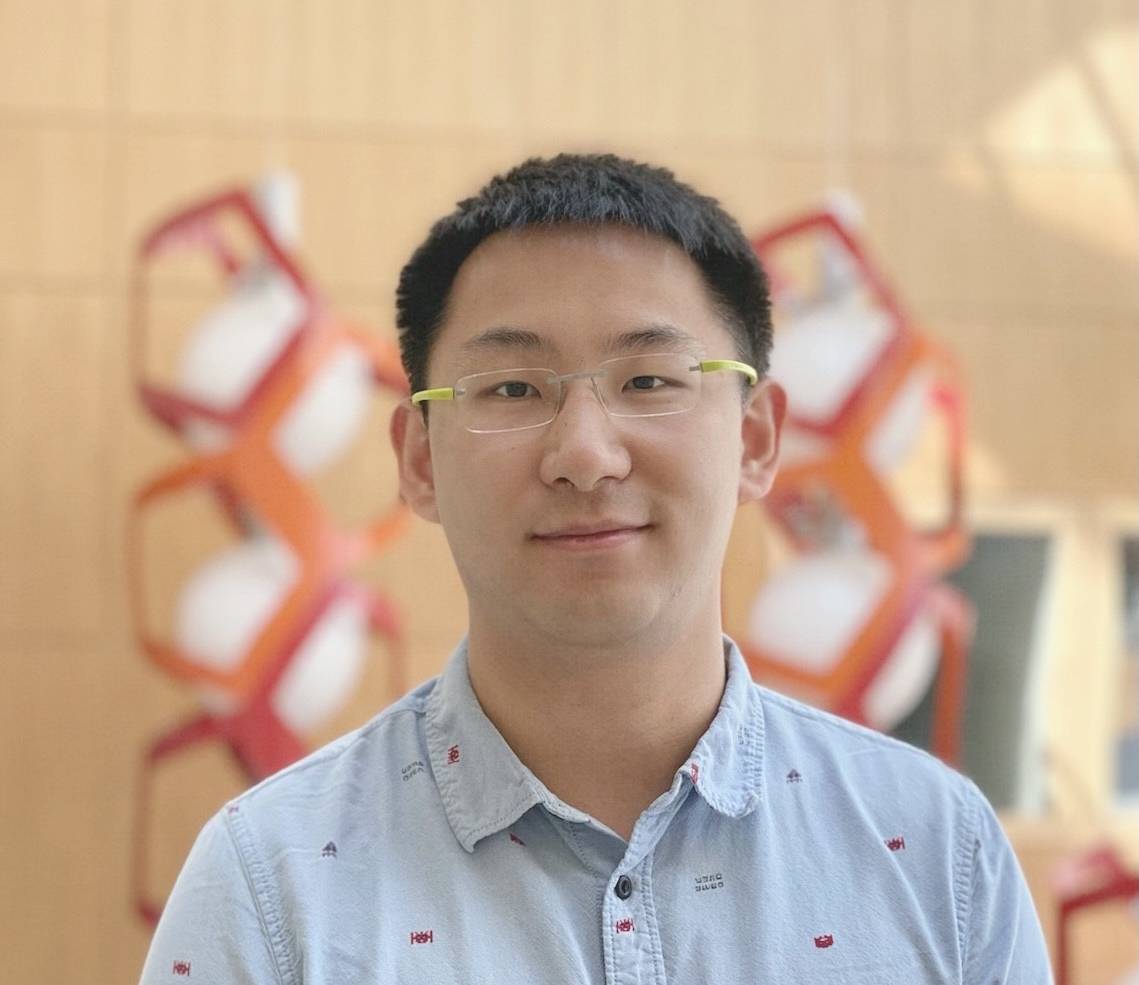 Somewhere in every biology question there is a lock and key problem. To understand how cells communicate and function, or to develop new drugs, scientists must identify the molecules that bind to cell receptors, a daunting task. There are a myriad of receptors, and the keys that unlock each of them – their so-called ligands – could be any of the billions of molecules out there.

Jiankun (JK) Lyu, the newest addition to the Rockefeller University faculty, is a computational chemist at the forefront of conducting computational research. He develops algorithms that excel at finding the elusive molecules that bind to a given receptor and allow the search to be extended to libraries of millions to billions of molecules.

“The chemical space is vast, and we’ve only explored a fraction of it,” says Lyu, currently a postdoctoral fellow at the University of California, San Francisco (UCSF). “My goal is to increase the size and diversity of the chemical space that we are able to sift through.” Lyu will join Rockefeller on January 1, 2023 as Assistant Professor and Head of the Computational Molecular Discovery Laboratory.

The ability of a molecule to anchor itself in the deep cavities of a protein depends on its structure and its chemical properties. Increasingly, researchers are using computational tools and specialized software to analyze the properties of molecules and predict which ones are most likely to form a stable complex with a protein target, a marker of the molecule’s potential as a future medicine.

From the first time he saw a drug-protein complex on a computer screen, Lyu was hooked. “I was amazed. It looked so elegant,” he says. During his graduate studies at East China University of Science and Technology, and especially later in Brian Shoichet’s lab at UCSF , where he completed his PhD and continued as a post-doctoral fellow, Lyu worked on improving computational methods and algorithms to analyze small molecules and their interactions with protein targets.

In addition to making the algorithms faster and more reliable, Lyu also wanted to improve the process on another front: by increasing the size and diversity of the search space itself. A great advantage of computational methods is that they can screen beyond the usual suspects and find new or improved drugs by screening chemicals that may look too different from a protein’s known ligands, but actually work. in the same way.

Lyu believed, and later showed in his studies, that expanding the library of molecules available for virtual screening would increase the chances of a successful discovery. In some cases, a molecule that bears no resemblance to the protein’s existing ligands may prove to be just as potent, or even surpass them.

To this end, he has developed an innovative computing platform capable of screening billions of small molecules, known as the “Ultra-Large Library Anchor”. Top hits identified on this platform are then purchased or custom-made by chemical synthesis companies, so the actual binding ability of physical molecules can be tested in the lab. To showcase this approach, Lyu used it to search hundreds of millions of molecules and successfully identified novel ligands for dopamine and sigma receptors, both of which are targets for psychoactive drugs.

“JK’s findings illustrate the immense opportunities for rapid ligand discovery using structure-based screens of diverse and ultra-large virtual libraries, and have led to an incredible expansion of molecules and chemotypes available to communities. chemical biology and drug discovery,” said Richard P. Lifton, chairman of Rockefeller. “His ingenuity and original thinking, coupled with his leadership in computational biology, make him a terrific addition to our faculty.”

At Rockefeller, Lyu plans to continue to develop faster and more powerful computational methods and to push the boundaries of the explorable molecule space. He also plans to extend the application of these methods to the search for ligands for modified or engineered proteins, providing scientists with new layers of control over proteins that are commonly used as chemogenic tools and biosensors to study broad areas of biology and disease.

2022-07-28
Previous Post: Endress+Hauser offers the Industry 4.0 program for the chemical industry
Next Post: Spraying chemicals to kill invasive bass is back for the Miramichi watershed