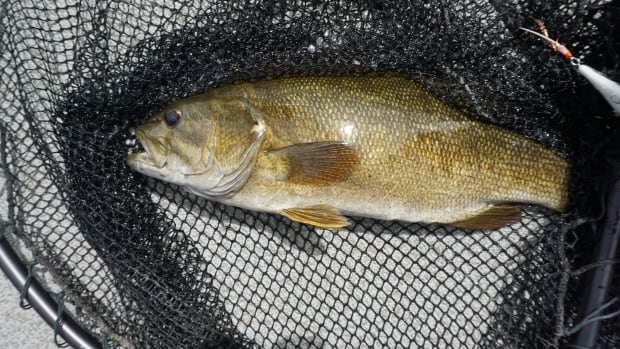 After naysayers shut down the project last year, chemical spraying to wipe out an invasive bass population in Lake Miramichi is set to take place later this summer.

Last year’s attempt to eradicate the smallmouth bass was halted because Wolastoqey grandmothers and mothers concerned about the environmental impact of sea spray traveled to the lake by canoe.

It is dangerous to spray rotenone, the pesticide used to kill fish, when people are on the water.

But the group that has been pushing the spraying project for years says it is determined to make it happen this summer.

Neville Crabbe, spokesman for the Miramichi Smallmouth Bass Eradication Task Force, said Thursday that the rotenone in the spray will be undetectable in the lake after 18 days.

At Lake Brook and along 15 kilometers of the Southwest Miramichi River, rotenone and its formulants will disappear “much faster” due to fresh water flowing from the top of the watershed, he said.

Cottagers on Miramichi Lake will be advised not to fish, boat or swim in the water during spraying. Signs will be posted in the area 24 hours prior to the rotenone treatment.

Crabbe was unable to say whether cabin owners would still have access to their properties. However, he said the group will be asking people to remove their belongings from the water to allow “safe and effective treatment for our staff and volunteers”.

According to Fisheries and Oceans Canada, the smallmouth bass is considered an invasive species in southern and western New Brunswick.

In June 2021, the federal government authorized the task force to eradicate the fish.

Crabbe said smallmouth bass are a threat to Atlantic salmon and brook trout because they compete for food and habitat.

If no action is taken, he said, there is a risk that smallmouth could spread throughout the Miramichi watershed.

The situation is “black and white,” Crabbe said.

“Either we act or we abandon the watershed to an invasive species.”

In April, a face-to-face meeting was held in Fredericton between those concerned about water, including Andrea Polchies, and members of the task force.

According to Polchies, she told the meeting that she was unhappy with the science justifying the chemical spraying. She said the task force should use electrofishing to control smallmouth bass, but Crabbe said that approach isn’t working.

Polchies said she plans to return to the lake this year and expects a bigger crowd to join her.

“We are supposed to protect the water, not poison it,” she said.

An undated notice to Lake Miramichi cabin owners regarding the spray program says that over the next few weeks electrofishing and collection of small fish will be done for testing purposes.

Trish Foster, owner of a cabin on the east side of the lake, expressed concern for the safety of cabin owners during the spraying.

According to the label of Noxfish Fish Toxicant II, the rotenone product, those applying the pesticide are required to wear chemical resistant protective equipment when spraying.

“Everyone on the boat providing the poison is going to be wearing, you know, full hazmat suits like you see in sci-fi movies,” Foster said. “They tell us that we are perfectly fine to be here in our cottages.”