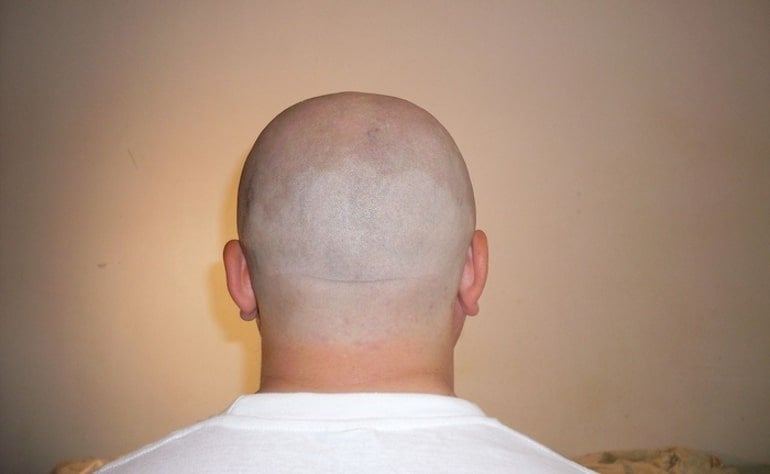 The end of baldness? Chemical controlling life and death in hair follicles identified

Summary: Researchers discovered how the TGF-beta protein controls the process by which hair follicles, including stem cells, divide and form new cells or orchestrate apoptosis. The findings could provide new treatment options for baldness and therapies to speed wound healing.

A single chemical is essential for controlling when hair follicle cells divide and when they die. This discovery could not only treat baldness, but also accelerate wound healing, since follicles are a source of stem cells.

Most cells in the human body have a specific form and function determined during embryonic development that does not change. For example, a blood cell cannot turn into a nerve cell, or vice versa. Stem cells, however, are like the blank tiles in a game of Scrabble; they can transform into other types of cells.

Their adaptability makes them useful for repairing damaged tissues or organs.

“In science fiction, when characters quickly heal from wounds, the idea is that stem cells made it possible,” said UC Riverside mathematical biologist and study co-author Qixuan Wang. .

“In real life, our new research brings us closer to understanding stem cell behavior, so we can control it and promote wound healing,” Wang said. This research is detailed in a recent Biophysical Journal article.

The liver and stomach regenerate in response to injury. However, Wang’s team studied hair follicles because they are the only organ in humans that automatically and periodically regenerates, even without injury.

Researchers have determined how a type of protein, TGF-beta, controls the process by which hair follicle cells, including stem cells, divide and form new cells, or orchestrate their own death, ultimately leading to death. of the entire hair follicle.

As with many chemicals, it’s the quantity that makes the difference. If the cell produces a certain amount of TGF-beta, it activates cell division. Too much causes apoptosis.

Nobody knows exactly why the follicles kill themselves. Some hypotheses suggest that it is an inherited trait of animals that shed their fur to survive hot summer temperatures or attempt to camouflage themselves.

“Even when a hair follicle kills itself, it never kills its reservoir of stem cells. When the surviving stem cells receive the signal to regenerate, they divide, make new cells and grow into a new follicle,” Wang said.

If scientists can determine more precisely how TGF-beta activates cell division and how the chemical communicates with other important genes, it might be possible to activate follicle stem cells and stimulate hair growth.

Since many animals, including humans, have hair-covered skin, perfect wound healing would require the regeneration of hair follicles. Being able to more precisely control TGF-beta levels could also one day cure baldness, which troubles millions of people around the world.

“Potentially our work could offer something to help people with various issues,” Wang said.

About this baldness and the news of genetic research

To understand the underlying mechanisms of HF cell fate control, we are developing a new probabilistic Boolean network (pBN) model of the gene regulatory dynamics of HF epithelial cells. First, the model is derived from the literature and then refined using single-cell RNA sequencing data.

Using the model, we both explore the mechanisms underlying HF cell fate decisions and make predictions that could potentially guide future experiments: 1) we propose that a threshold-like change in the strength of the TGF-ββ may necessitate the dual role of TGF-ββ in either activating apoptosis or cell proliferation, in cooperation with bone morphogenetic protein (BMP) and tumor necrosis factor (TNF) and at different stages of a follicular growth cycle; 2) our model shows agreement with the theory of high-activator, low-inhibitor anagen initiation; 3) we predict that TNF may be more efficient in catagen initiation than TGF-ββ, and they may cooperate in two steps; 4) Finally, predictions of gene inactivation and overexpression reveal the roles in HF cell fate regulation of each gene.

The analysis of attractors and motifs of the associated Boolean networks reveals the relationships between the topological structure of the gene regulatory network and the mechanism of cell fate regulation.

A discrete spatial model equipped with the pBN illustrates how TGF-ββ and TNF cooperate to initiate and drive the wave of apoptosis during catagen.