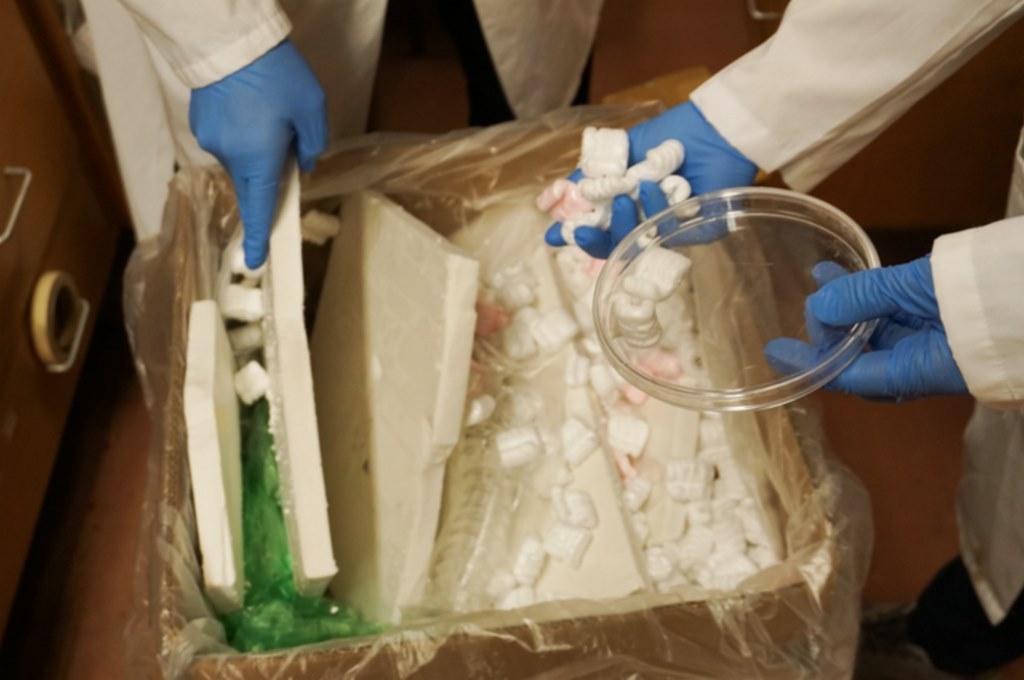 Polystyrene (Styrofoam) has been transformed into a valuable chemical found in seaweed by exposing it to sunlight.

When broken down, it produces DPM (diphenylmethane), a molecule from the aquatic plant used in drug development, polymer manufacturing, and even perfumes and other cosmetics.

Polystyrene is the indestructible plastic found in everything from takeout containers to TV packaging.

It is rarely recycled due to the expensive and complex processes required, as well as the difficulty of collecting it.

Now scientists have broken it down using a simple, inexpensive technique that combines UV (ultraviolet) light and a chemical catalyst.

Market incentive is built into the process, as the market price of DPM is 10 times higher than other materials currently made from polystyrene. Other valuable chemicals produced included benzophenone, used for clear coatings in the printing and film industry, and 4-oxo-4-phenyl-butyric acid.

“Many municipal recycling facilities ask residents not to put polystyrene in their home recycling bins,” says lead author Professor Greg Liu of Virginia Tech. “Currently, the main method of recycling polystyrene results in a product that is often too poor in quality to make the process economically viable.”

“In other words, if a recycling plant tries to recycle polystyrene on a large scale, it will either need a financial boost, such as a government grant, or the operation may run out of money and close.”

The VA Tech team published a study in PNAS who demonstrated their technology, but also included conclusions on economic viability thanks to business consultants from Santa Clara University in California and Dongbei University in China.

According to the Department for Environment, Food and Rural Affairs, around 1.15 billion polystyrene food and drink containers were sold in England in 2018.

Unlike most plastics, polystyrene can remain intact for over 1,000 years and its presence in the environment has been linked to diseases, including certain cancers.

However, when exposed to UV light, it weakens. Researchers have shown that sunlight chemically degrades polystyrene. While this hints at the possibility of recycling methods, it also means that floating in the oceans it will break down into microplastics, causing a different kind of damage.

The sale of single-use polystyrene food containers has been banned in Scotland for this reason.

“Many of us are comfortable throwing a metal can or a glass jar in the recycling bin without hesitation,” Professor Liu said. “Not all recycling plants are equipped to handle all types of plastic. Indeed, the chemistry and structure of plastics are diverse and each type requires a specific recycling procedure.

“At Virginia Tech, we can add a small piece to the big puzzle and provide solutions to positively impact the world.”

DISTRIBUTION This good news to your friends on social networks