The Cushing family reunites with Wade, a senior from Churchill County High School, who received a $100,000 scholarship to one of the top 30 engineering universities. From left to right, Rhiannon, Jason, Verity and Wade Cushing, as well as Thomas Toland, Director of Engineering at Gemini. 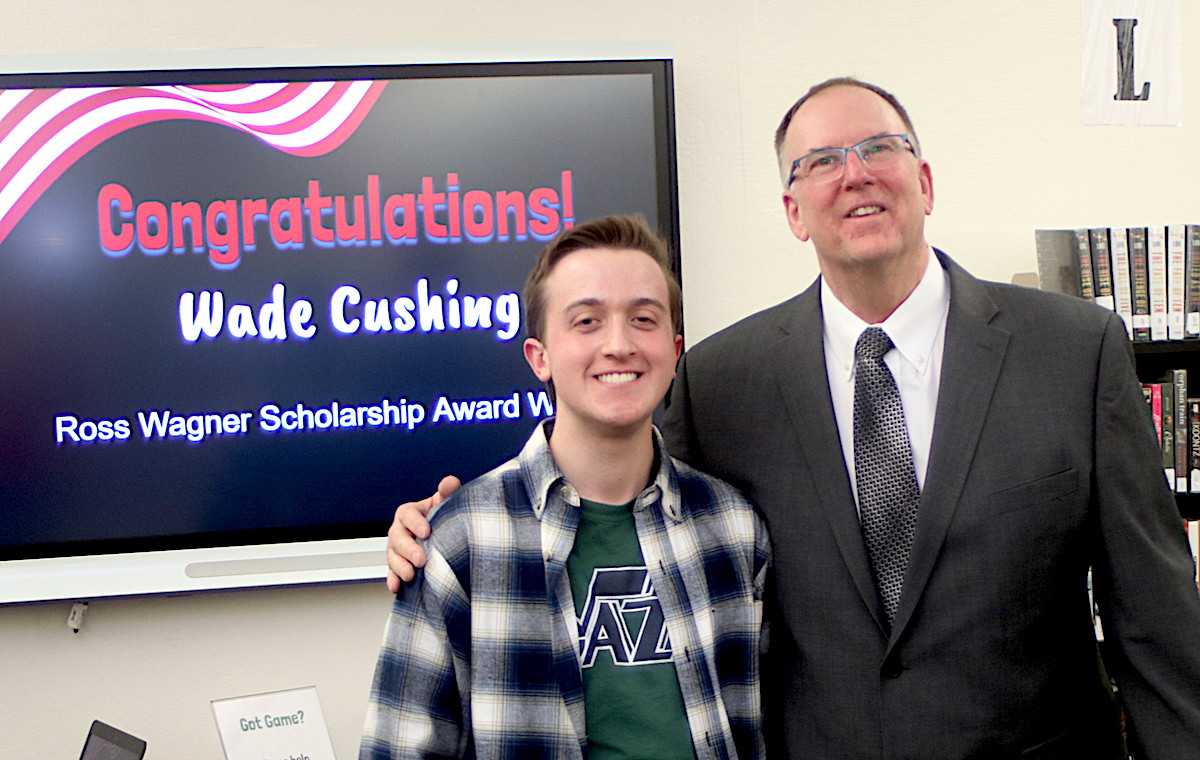