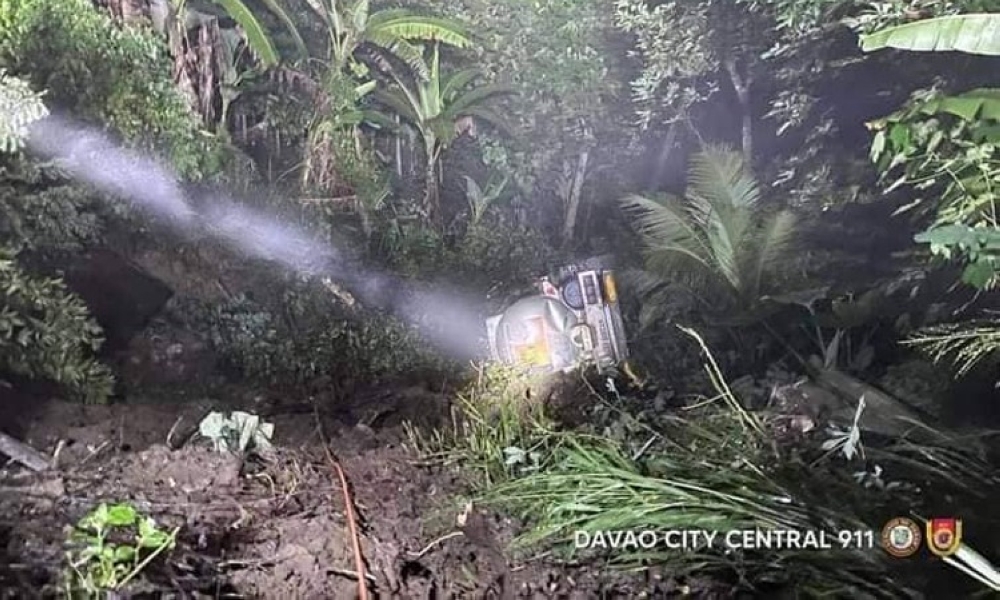 The Davao City Water District (DCWD) assured its consumers on Wednesday August 3 that the chemical spill that occurred in the Suawan River will not affect the safety and quality of the water supplied. to consumers.

“The chemical spill that went to the Davao River is not part of our sources. Ang atong source sa pagkakaron (our current water source) is 99% groundwater, which is far from the Davao River,” DCWD spokeswoman Jovana Cresta Duhaylungsod said at a press conference on Wednesday. morning of August 3.

She added that the city’s other source of water is surface water in Malagas.

“With this, wala siya’y (there is no) possible risk directly to our water supply,” Duhaylungsod said.

Late in the evening of Monday August 1, a truck carrying sodium hydroxide or caustic soda crashed and fell 50 feet from a cliff into a ravine in Brgy. Suawan, Calinan.

In a report from Davao City Central 911, two patients were extracted: one was pronounced dead at the scene, while the other was treated at the scene.

Following the accident, the Davao City Disaster Risk Reduction and Management Office (CDRRMO) warned residents living along the Suawan River and Davao River tributaries to avoid swimming. and fishing in the river following a chemical spill.

However, as of August 3, the chemical spill has already been contained.

Caustic soda or lye is widely used as a cleaning agent in industrial and manufacturing facilities. Being rich in akali, the chemical is highly corrosive to animal and plant tissues.

In a previous report, DCWD said 99% of its water supply comes from groundwater.

DCBWSP, a 12 billion peso project, is a strategic infrastructure initiative that will shift the reliance of Davao City’s main water supply from underground wells to the more sustainable surface waters of the Tamugan River.

Duhaylungsod said the Davao River was among the surface water sources initially considered for the Bulk Water project, provided there is a sewage treatment plant.

However, the lower reaches of the river, on the other hand, is not considered qualified due to its water quality. RGL